Posted at 19:10h in Philosophy by Jeff Howell

What’s the Counterbalance name about? 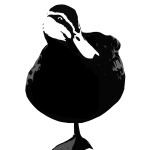 We chose the name Counterbalance for many reasons, but one of my favorites is the inherent confusion within the word itself.
Literally, it tends to mean something along the lines of “a weight that holds another weight in stasis” or something similar. So, a counterbalance acts on something out of balance to create… balance. Right? So you need counterbalance to achieve balance. Then again, the word itself implies that it should be the opposite of balance, which it isn’t, but it seems like maybe it should be.

The Counterbalance streetcar that ran up and down Seattle’s Queen Anne Avenue from 1898-1940 provided some inspiration (much more on this can be found here: http://www.qahistory.org/counterbalance.html). The streetcar along this ridiculously steep stretch was connected by cable to a 16-ton block on wheels in a small underground tunnel. When the block rolled down, the car went up the hill. When the car went back down the weight rolled up underneath. Most of the time, the cable held and no one was thrown horrifically from the streetcar.

I like the idea of creating something through the constituent forces working in apparent opposition, rather than all the forces working together toward a singular goal. It’s like keeping a wall upright by everyone bashing their heads against it from different sides, with just enough force and just the right timing to keep it up. Somehow that feels much more true to life to me.

Don’t mistake me… we’re not trying to make beer by bashing our heads against walls, though now that I write it, that may be closer to the truth of building a brewery than I’d like to admit. But it’s the idea of multiple goals, visions, desires, ingredients, obstacles, and whatever else we’ve got floating around. And rather than trying to unify them into a singular… plan? Blueprint? Paradigm? Beer? Whatever. Not that. Instead, it’s embracing the whole and making it all work together, whether each individual aspect wants to or not.

So that’s a somewhat esoteric explanation of where our name comes from today. Tomorrow’s may be completely different.

What are you going to do to distinguish yourselves in this clogged craft beer marketplace?

So far, this is probably the question I get most when discussing the launch of Counterbalance. It’s a fair question and one that I spent a lot of time fretting about. Recently I realized I should just go with the simple truth: nothing.

Clearly I don’t have a bad-ass marketing firm at my disposal. But it’s a true answer to the question. In all honesty, one of the primary lessons Frank and I learned in our coffee careers  and are seeing reinforced in the craft beer scene is that market saturation doesn’t have to be a huge obstacle. The coffee market in Seattle is extremely well-populated, but there’s plenty of room for more if your product is good and you treat people well. Moreover, in beer, we’re finding thus far that brewers and small breweries are extremely cooperative, welcoming, and excited about continued industry growth. “More beer is good for everyone!” may as well be a craft brewers’ mantra given the regularity with which I hear it. It reminds me a lot of Charlie Papazian’s oft-repeated prime directive, “Relax, have a homebrew” that has gotten so many of us through brewing hiccups. But the point is we’re not going to make any specific attempts to “distinguish ourselves in the clogged market” that we wouldn’t have done otherwise. How about a simpler question?

Fine. What are you going to do?

I’m glad I asked. We’re making delicious, well-balanced beers and sharing them with you. We’re having fun and, hopefully, sharing that with you too. We’re striving to be decent people and to run a decent company.